LAF initiatives include community and campus outreach programs, a resource library and online advocacy tools, a Legal Referral Network, and various research reports. LAF also provides support to workplace sex discrimination cases that have the potential to make a difference for all women.

LAF provides case support to cases focused on a sex discrimination issue in the workplace or in academia that have the potential to set or reinforce precedent that will benefit women. Individuals can suggest such cases to LAF to support on a year-round, rolling basis by contacting laf@aauw.org.  Since its founding in 1981, the AAUW Legal Advocacy Fund has supported more than 80 cases and contributed more than $1,000,000 to women seeking judicial redress for sex discrimination in higher education.

Each year the AAUW Legal Advocacy Fund’s Progress in Equity Award recognizes a college or university program that has resulted in significant progress for women on campus. Recipients receive a stipend of up to $10,000 and public recognition throughout their communities, campus, and AAUW.

The annual AAUW-MA LAF Progress in Equity (PIE) Award recognizes a college or university program that has resulted in significant progress toward equity for women on campus in Massachusetts.

Support LAF’s work here and throughout the country: 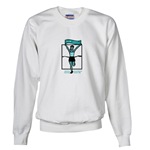 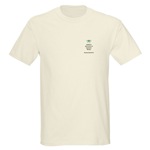 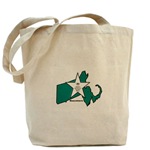 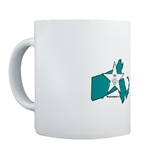 AAUW-MA has established Gift clubs for donor recognition to encourage contributions to the Legal Advocacy Fund.

Read about current and past cases supported by the Legal Advocacy Fund.

Cases supported in Massachusetts include:

Lerner v. Northeastern University (adopted February 2002).  This case has been settled; the terms are confidential.

The annual LAF Progress in Equity (PIE) Award recognizes a Massachusetts college or university program that has resulted in significant progress toward equity for women on campus.

Our first Progress in Equity Award (2004) was given to Northeastern University, College of Engineering, Connections Program. Connections educates, mentors, and nurtures young women with an aptitude for science and engineering from middle school through their college years. Dr. Sarah Wadia-Fascetti, director of the program was its enthusiastic recipient at our April 2004 state convention.  The Connections program has received further recognition as the recipient of the AAUW National Progress in Equity Award 2005.

Our state PIE for 2005 was awarded jointly to Babson College, The Center for Women’s Leadership and Worcester Polytechnic Institute, Women’s Industry Network.  Accepting the awards at our state convention in Falmouth, were Dr. Janelle Shubert from Babson, and April Blodgett, a WIN mentor, for Worcester Polytech.  These programs provide continuing education, support and mentoring to women in business and science careers.

In 2006 AAUW-MA presented the PIE Award to Bridgewater State College, Women’s and Gender Studies Program at the state convention in Marlborough.  Accepting the award was Dr. Diana Fox, coordinator of the program.

The 2008 AAUW-MA PIE Award award was won by the Center for Women in Politics and Public Policy, McCormack Graduate School of Policy Studies at U-Mass, Boston, and was accepted at the April 6 luncheon at the Cape Codder Resort in Hyannis by Carol Hardy-Fanta, Director.

Vuolo V. University of Massachusetts- Dartmouth: Cheryl Vuolo, former director of facilities and the physical plant at the University of Masschusetts, Dartmouth campus, was awarded $10,000 to support her sexual harassment and pay inequity lawsuit.

Voulo, a mechanical engineer, was hired by UMass in 1983 as staff associate for planning and the physical plant. Vuolo was promoted several times, culminating with her appointment as the director of facilities and the plant in 1995. Vuolo’s functions included building and plant construction and maintenance for a multi-million dollar physical plant. She held responsibility for the operation of the university complex’s plumbing; heating and air conditions systems, including steam boilers; and electric power distribution. She managed the care of grounds, building exteriors, and all other physical plant functions. As director, she also oversaw construction of new buildings and of additions of modifications to existing buildings. UMass removed these latter responsibilities from Vuolo’s job description, however, after she complained about sex discrimination.

Throughout her career at UMass, Vuolo received outstanding or excellent job performance evaluations, with the majority of the assessments reflecting superior job performance. She received various state and local awards and received merit salary increases each year of her employment through 1996. Despite this evidence of success, Vuolo was subjected to a hostile work environment, which became increasingly pronounced in the late 1980s. For example, the chancellor and vice-chancellor repeatedly failed and refused to raise Vuolo’s salary to the level of her male predecessor or to that of other male employees in positions requiring comparable experience, skill, and responsibility. Vuolo was also continually subjected to sexist comments and actions by her subordinates and other co-workers. On one occasion, the vice -chancellor made a physical gesture with his hand and arm as if to strike Vuolo. Her male subordinates frequently ignored or found means of circumventing her legitimate supervision.

Vuolo made several informal complaints to no avail, so in October 1991 she began registering complaints formally with the UMass affirmative action officer. She noted the disparate treatment she was experiencing and requested action. In March 1992 she filed a grievance with her union seeking its support to correct her situation. Still no action was taken to correct the hostile work environment. Vuolo also complained to the chancellor and vice-chancellor four time about pay inequity. Although they acknowledged the disparity in compensation and promised to correct the situation, nothing was ever done.

The years of harassment bore down on Vuolo, and she began experiencing symptoms of anxiety and depression in 1991. She continued to adequately perform her duties as the physical plant manager during her illness, but the illness forced her to take a leave of absence from work that year.

Finally, in August 1992, Vuolo filed a complaint with the Massachusetts Commission Against Discrimination alleging sex discrimination in her workplace. In December 1992 she settled the case with UMass, which agreed to take certain steps to correct the situation. Although some of these steps were taken, UMass failed to comply with the entire agreement. In November 1996 Vuolo returned to the commission to seek enforcement of the settlement agreement. In February 1997, when Vuolo’s employment situation had not improved, she informed her superiors she would not tolerate it any longer and would not continue to appear for work. She withdrew her commission complaint in September 1997 and filed a lawsuit in state court.

The LAF board awarded Cheryl Vuolo an additional $10,000 to help defray discovery costs. Vuolo, a mechanical engineer and former director of facilities and the physical plant at the University of Massachusetts, Dartmouth, sued the university alleging sexual harassment and pay inequity. (See description above)

The LAF board has awarded $20,000 total in support of Vuolo’s case.

Vuolo’s case was dismissed on September 24, 2003 in Suffolk Superior Court for failure to prosecute.  On January 22, 2004, a letter was received from Cheryl Vuolo stating she filed a notice of appeal on October 21, 2003.  No hearing date has yet been set.

DACE V. UNIVERSITY OF MASSACHUSETTS-DARTMOUTH
(Adopted in September 1997 by LAF Board)

Letitia Dace, a professor of English at the University of Massachusetts-Dartmouth, sued the university for sex discrimination in promotion. Dace has been employed by Umass-Dartmouth since 1980 as both a professor and as the Dean of the College of Arts and Sciences from 1980-1986.

In 1995 she applied for, but was denied, a promotion from full professor to chancellor professor. The position of chancellor professor was created to reward long-term teaching experience. To qualify, professors had to have 18 years of full-time teaching. Dace was one of 60 professors applying for the promotion, including 49 men and 11 women. Highly qualified for this promotion, she received a rating of “very highly recommended” from her department Faculty Evaluation Committee, her chair, the Humanities Academic Council, and the dean of the College of Arts and Sciences. At the next level of review, her rating was dropped two levels from ‘very highly recommended’ to ‘recommended’ without any explanation or substantiation. The university council recommended three women and 21 men with ‘very highly recommended’ or ‘recommended’ ratings for the promotion; one woman and 13 men received promotions. Dace was not promoted.

Dace believes that she is at least as qualified as the male professors who received the promotion and that the university discriminated against her on the basis of sex. Dace filed a grievance with her union and won. Her application was returned to administrators and rejected again. Dace filed a complaint with the Massachusetts Commission Against Discrimination and subsequently filed a lawsuit in state court in July 1997. She is seeking damages, including loss of past and future salary, past and future benefits, and emotional distress. LAF has awarded $7,500 in support of her case.

Dace settled her case prior to trial scheduled for March 2003.  The terms of the settlement are confidential, but were satisfactory to Tish Dace.  She stated, “I will always be so grateful to AAUW and the LAF for adopting my case, which helped a lot of others at UMD besides myself.  Thanks so much.”

To keep the focus on increasing LAF contributions in Massachusetts and to acknowledge large donors, additional donor recognition categories have been added to the existing AAUW LAF Gift Clubs. Descriptions, criteria, and benefits appear below. Your support of the nation’s largest legal advocacy fund helps female students, faculty, and administrators in higher education fight sex discrimination.

For more information on Gift Clubs or how to donate contact AAUW-MA AAUW Funds Chair, Margaret Chalupowski.
Top of page.

the gender pay gap by state